Healing from an Affair

If you’re experiencing the pain of infidelity you’re probably a little bit skeptical of those claims as you may feel that the hurt, painful images and anger you are now experiencing will never fade away. We’re here to tell you that they can and it’s very possible that you can recover and heal from infidelity, but it’s not going to be easy and it’s going to take the commitment and hard work of each of you in order to do so.

There will be many bumps in the road along the way… but you can do it.

During the three or so years that we’ve been involved with our blog we have noticed hundreds, if not thousands of betrayed spouses who are stuck in their recovery and in their healing from an affair.

This feeling of being stuck might happen several months or even years after the discovery of infidelity.

We were at that same crossroad at one point not too long ago. 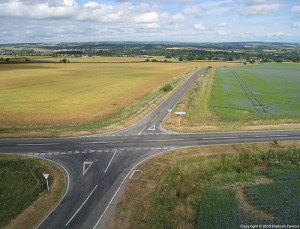 From experience and interaction with others in the same boat, we have been able to identify certain behaviors on the part of the cheater that can either lead to success or failure at surviving infidelity.

In general, what we have found is that the cheater must now become the healer.

They are the key to affair recovery and to their spouse’s healing.

This is not easy for those unfaithful individuals with the best of intentions, and is certainly more difficult – if not impossible – for those who just don’t “get it.”

In our situation, we were recovering nicely.  The thoughts of the affair didn’t invade Linda’s mind nearly as much as they once did.  The triggers were occurring far less frequently and when they did, their effects were minimal.

We were getting along great.

Yet she was stuck.  Something was holding her back…

It turns out it was Doug.

Now, in our case, it wasn’t as if he wasn’t trying hard – and even Linda said he was doing the right things…

…He simply wasn’t doing all the things she needed in order for her to heal.

Healing from an Affair
$39.99
Scroll back to top